The Secret to Becoming an Effective Leader 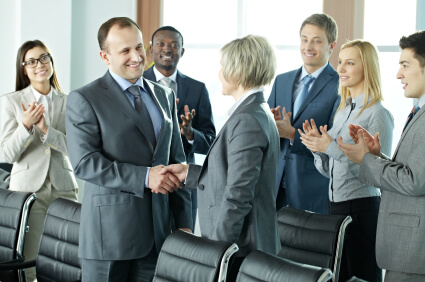 John C. Maxwell, arguably the No. 1 leadership trainer in the United States, defines leadership in one word: Influence. Ten years ago when I first heard him share his definition of leadership, I questioned whether a topic as broad, significant, and important as leadership could be defined by one word.

With the passing of years, I have come to believe that Maxwell was exactly right. Leadership is all about influence—the capacity to be a compelling force to produce effects on the actions, behavior, or opinions of others, usually in intangible or indirect ways. When you have influence, doors open, people listen, and life’s winds blow at your back.

In your personal life, doing the little things to earn people’s respect affects how your family, friends, and folks in the community perceive you. Do people listen closely to what you say, or do they immediately discount it? Are you included in social events or excluded? When you call, is the phone answered or ignored?

In the workplace, being a person who is respected is the single most important element in advancing your career. It impacts everything from how people in the organization view you personally to the quality of work produced by your team.

In his book 360°Leader, John C. Maxwell points out that leadership is not just leading those who are subordinate to you; it’s leading everyone around you.

This includes those senior to you, your co-workers in other departments, and those who work under your direction. When people respect you, regardless of where they serve within an organization, you will have influence with them.

It’s critical to recognize that becoming a respected person is not about doing one or two sizeable jobs exceptionally well or becoming a top producer within your company. It’s about becoming a person who is respected for the way you manage your life and relate to people. Respect is something you earn as a result of your actions and attitude. It comes by making the right decisions consistently, over a period of time.

Here’s a way to get an idea of the level of influence you likely have with people. What would your family, friends and co-workers say if they were asked the following questions? (Insert your name in the spaces)

These characteristics and the hundreds of little things I’ve highlighted in my previous 200 blog articles as well as in my book play a major role in the way you are branded in the minds of people who know you.

To become the kind of person that others look up to with approval, appreciation and admiration, you need to be intentional about doing the things—both big and little—that will positively influence how people perceive you.

Life is largely about relationships. When you make decisions that cause people to grow in their respect for you, you will develop deeper, more rewarding, longer lasting relationships. As a result, you will be happier, you will feel better about yourself and your life will become more fulfilling!

The secret to becoming an influential leader is to be intentional about doing the little things that will cause people’s respect for you to grow!